The Case of the Lorry and the Flint Wall

Mr N owned a Georgian property, which was surrounded by a flint boundary wall. The wall had a slight over hang, where over the years since it was built it leant out.

Despite standing the test of time for many years, one afternoon the exterior side of the flint wall was hit by lorry passing by.

END_OF_DOCUMENT_TOKEN_TO_BE_REPLACED

The Case of the Oil Escape

Mr and Mrs R own a holiday home in Cornwall. The couple returned to the house to find that 1060 litres of heating oil had escaped from the tank. The oil had leaked into the foundations of the property and the soil below.

Dissatisfied with their insurance company's efforts, MR and Mrs R found AKA MI Claims on the internet and contacted them for advice on dealing with this [domestic] claim.

We were called in specialists who assessed the damage and saw the potential environmental implications of the leaking oil. The oil had also penetrated the flooring slab and had seeped into the soil under the foundations, which had not been detected by the insurance company's loss adjusters.

The oil was now making its way towards a stream at the bottom of the garden, which in turn, lead into the sea and a public beach.

Our loss assessors decided that in order to avoid any environmental disaster, it would be best to demolish the house and floor slab. We also dug out and removed over 60 cubic metres of contaminated soil and then rebuilt the house.

END_OF_DOCUMENT_TOKEN_TO_BE_REPLACED

The Case of the Rising Damp

Mrs H of Surrey began to suffer a damp problem in her 4 bedroom house. The damp was getting worse, so she called in damp specialist who investigated the problem and suggested she call her insurance company. Her insurance company instructed a Loss Adjuster to look at her claim and having surveyed the damage the insurance company concluded that the problem was not an insurable peril under her policy and turned down the claim.

Mrs H, dissatisfied with the outcome, contacted AKA MI Claims who arranged for a full survey by a specialist a leak detection company.

Using thermal imaging equipment, the source of the problem was identified; a leak from a broken waste pipe under the screed floor in the kitchen.

The internal stud walls had to be removed along with the kitchen and extensive excavation of the floor slab took place to access the damaged pipe work and dry the sub-floor. The offending leak was repaired and a complete reinstatement was undertaken once the drying process was completed.

AKA MI Claims managed the whole process from start to finish.

END_OF_DOCUMENT_TOKEN_TO_BE_REPLACED

The Case of the Beauty and the Beast

Mr H owns a beauty salon, which he has run for several years.

What followed was the flooding of the salon and water damage to the laser machine, leaving it completely out of commission.

Mr H contacted his insurance company who explained that in fact it was an issue to resolve with the utility company and was totally out of their hands.How our loss assessors resolved the claim

Once AKA MI Claims got involved with resolving the insurance claim, Mr H was awarded enough damage compensation to repair his shop as well as cover his down time, while the repairs were carried out. A new laser machine was also provided as part of the claim.

END_OF_DOCUMENT_TOKEN_TO_BE_REPLACED

The Case of the Sun and the Mirror

Mrs K's bedroom had, like many ordinary homes, a mirror on the dressing table. One afternoon in late autumn, with the sun low in the sky, a phenomenon occurred whereby the sun's rays were both reflected and magnified onto a nearby bundle of papers, which caught alight. The fire spread to the whole of the upstairs of the property and caused significant damage before the fire brigade were able to bring it under control.

Mrs K contacted her insurance company who initially declined the claim because the cause of the blaze could not be established.

Frustrated with her insurance company, Mrs K contacted our loss assessors who in turn engaged a forensic specialist to prove the cause. With evidence in hand Insurers finally accepted liability and the entire claim was settled at a figure in excess of £100,000.

END_OF_DOCUMENT_TOKEN_TO_BE_REPLACED

The Case of the Captain and the Fire

Ms T is a Ship's Captain and whilst she spends her time at sea, she rents out her house. Unfortunately on this occasion the property suffered a large fire and was uninhabitable. With Ms T un-contactable, the tenants were not sure of what to do. They found Assisted Claims on the internet and gave them a call.

AKA MI Claims' loss assessors, aware of the ordeal that the tenants had already been through, made re-housing them a priority and with a mandate from Ms T, got them into some temporary accommodation whilst surveyors were employed to prepare a remedial specification.

Our loss assessors worked with the insurance company and managed the refurbishment of the property.

The tenants were then able to return to the property and all before Ms T returned from sea.

END_OF_DOCUMENT_TOKEN_TO_BE_REPLACED

The Case of Sewer

Mr B has a small development of flats. He had recently spent a lot of money on completely renovating and converting the flats when the sewers backed up and flooded all of the basement flats.

Obviously Mr B was anxious to fix the problem as quickly as possible so that he could lease his flats, so he contacted his insurance company.
Mr B's insurance company told him that the accident had occurred due to poor workmanship during the development of the flats and that they would not be paying out.

Mr B was adamant that his development work had not caused the damage to the sewers and pursued his insurance claim with AKA MI Claims.

Our loss assessors investigated the work done to the flats during the development and discovered that the fault lay with next door and their sewers.

END_OF_DOCUMENT_TOKEN_TO_BE_REPLACED

The Case of the Seagull and then Gutter

Mr S owns a successful Gastro Pub in Brighton's historic town centre. During a particularly heavy downpour of rain, staff noticed water cascading through the ceiling of the first floor restaurant and then through the ceiling of the bar below. The premises had to be closed immediately and the clear up began. Insurers suggested Mr S sort it out himself to mitigate the loss, but where to start?

Mr S instructed AKA MI Claims who had a team of specialist drying contractor's onsite within the hour.

Apparently a dead seagull had blocked the box gutter outlet and the storm water breached the parapet wall and hundreds of gallons of water poured into the building.

AKA MI Claims managed the claim from beginning to end. Once the property was dried, the damage was repaired and the claim was settled at £36,000 including an amount to cover the loss of business whilst the pub was closed.

Request a call back 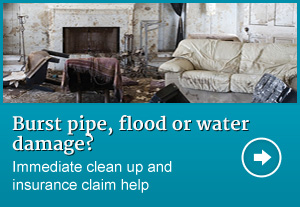 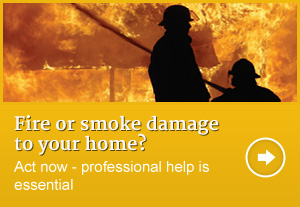 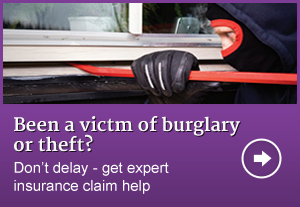